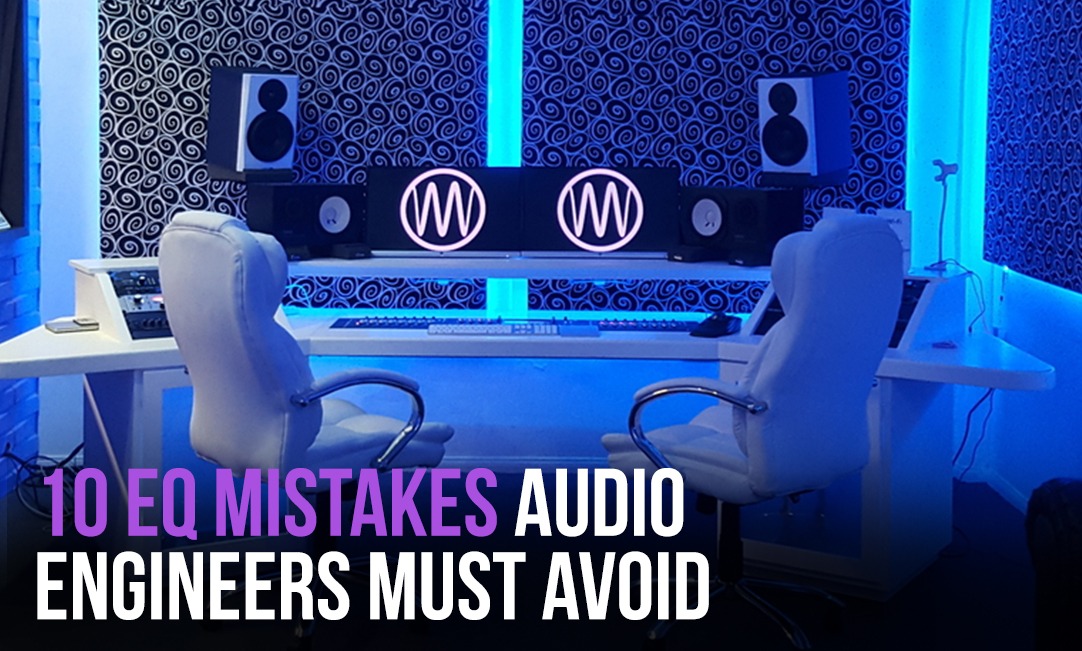 Equalization (eq) is one of the most crucial tools, and just like most important processes it too has the potential to be abused, and that too rather quickly. It is a necessary part of any mix. Here are the top 10 eq mistakes audio engineers need to avoid when mixing or recording-

While the parametric eq can be used to boost and sweep around until you find a resonance in your vocals. Overusing them can be off-putting, especially if you want to apply quite heavy tonal EQ. So, before fully using the parametric eq keep in mind that you leave enough space for using other tonal EQs too.

2. Using too much EQ on vocals:

Applying too much of eq will make matters worse. It will sound even worse if you try to add more eq. While doing so you can also end up with four different EQs which is a major issue and can only be avoided if you try to be more careful.

Using too many plugins may cause eq mistakes. You can get confused on when to use plugins on a fully parametric eq and much more. One or two plugins is enough for your mix.

A mistake audio engineers make is keeping on EQ the same frequency. When the same frequencies are, the obvious result would be a mix with an over-emphasis at the tonal centers, even in the best-case scenario, this can make your mix sound over-processed. The best way to avoid this is to apply slight boosts at different center frequencies for each.

5. Do not employ narrow curves:

Most of the equalization plugins are parametric, which means that they provide a width ("Q") control to narrow or widen the frequency area which is being affected. The highest / lowest bands can also be used for shelving, which means it can change frequency. They can also act as a low/high-pass filter. Always use low-width and gentle slopes in your mix.

Avoid doing solo eq as much as possible, because you would not be able to track how it fits others. In other words, never try to reach an EQ control while listening to a track on your own. After all, not all people will hear it that way.

Dynamic EQs can be easily misused; for instance, an audio engineer can apply them all over a channel or a buss, thus creating a weird, artificial kind of multiband compression. In order to solve this, you need to listen carefully if the dynamic EQ you've added has created an unnatural effect over the mix.

8. Using too many resonant EQs in one track:

Avoid adding more than 2 notches, because more than that creates a trap resonance. If the sound still bugs you, add another notch if you must.

9. Using too much filter:

Having to use a filter has both sides, generally, it will remove the low end, thus creating more space for bass but filtering everything will often remove important parts. It is better to fix the low end if it is getting in the way.

10. Not matching the volume of an EQ:

Try to bypass the eq once you have applied it, these ways you will get the chance to see if you can make an improvement in the mix.

We at MIX Recording studio offer great guidance to beginner audio engineers. We have a team of highly qualified engineers and professional mixers. For more information check our website!