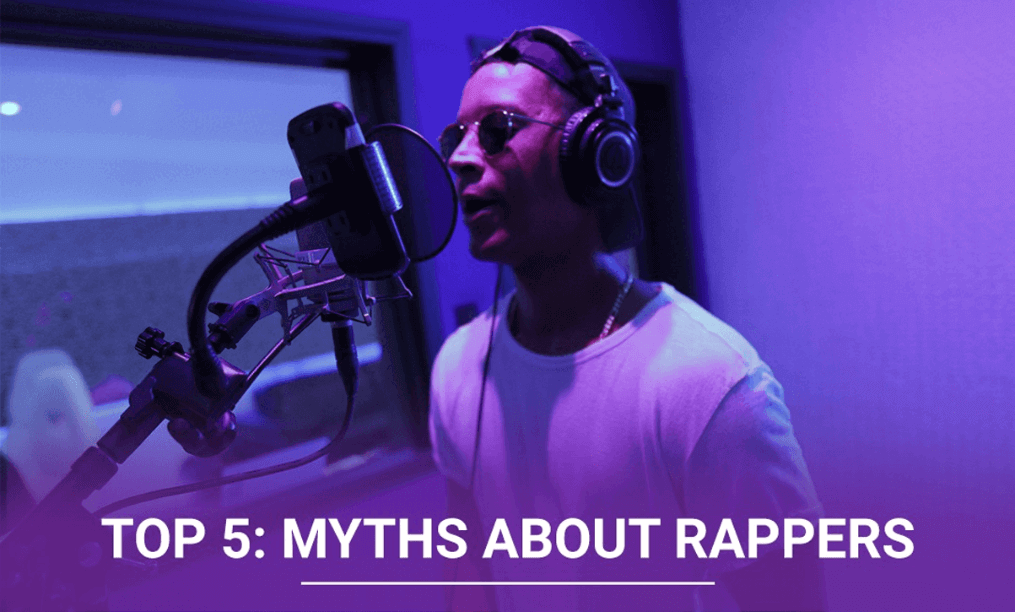 Rappers have a negative reputation and are frequently associated with stereotypes. Regrettably, rap music is also associated with a lot of negative connotations. People criticize it for being shallow, misogynistic, materialistic, and repetitive, among other things. Misconceptions? Is it true or false?

Mix recording studio, one of the reputed music recording studios in Los Angeles has come forward to get people out of these prejudiced thoughts. It has decided to make affordable mixing and mastering services available to the rising rappers.

1.Every rap song has profanity.

It is a popular misperception that rap music is full of profanity. While many rappers utilize swearing to convey their messages, many others do not. Many Wu-tang Clan songs do not contain any profanity (and some do). Coolio's hit from the 1990s, "Gangsta's Paradise," was uncut and free of profanities.

“A Tribe Called Quest,” one of the best rap groups of all time, has several tracks that are free of curse language. Lauryn Hill, Run-DMC, and Rakim, for example, rarely utilize profanities in their music. Method Man set a goal for himself in 2013 to write lyrics free of curse words, and he hasn't used profane language in his music since. The rappers I named are among the best of all time, and they didn't even need to curse to catch our attention.

Many music recording studios in Los Angeles would agree to this as they are seeing a growing number of Rap recordings on varied topics.

2. Violence is at the heart of rap music.

Many rappers have spoken out against gun violence, crime, and pimping. Gangsta Rap, a hip-hop subgenre popularised by West Coast rappers Dr. Dre, Snoop Dogg, WC, and Ice Cube in the early 1990s, was mostly on this theme. Ice-T and the rap trio NWA, which included Dre and Ice Cube, were regarded as the forefathers of the sub-genre.

When you go deeper into gangsta rap, you'll find that there's a lot more to it than most people realize.

3. Rappers do not need talent

It is very harsh on the rappers. Rappers need to have command of music, rhyming and they have to have a strong vocabulary too. A rapper plays all the roles in the song. A lyricist, music director, and an artist too.

Rappers spend hours in the studio refining their records and ensuring that their sound is just right and many music recording studios in Los Angeles will vouch for it!

To be called "one of the greats," a rapper must master a variety of skills.

4.Freestyle rapper has no quality

Today, the most widely accepted definition of freestyle rap is that it is created on the spot and has got no thought. However, the term "freestyle" was initially used to refer to a theme rather than the writing of lyrics. A written verse on any topic was referred to as freestyle rap. In the '80s, the meaning of the word freestyle rap was a rhyme that you wrote without abiding by any style. Those days,affordable mixing and mastering services were very rare, and it hampered the reach of freestyle rap. This might have contributed to the misconception.

5. Rappers are born due to difficult socio-economic conditions

While living in the inner cities was far from glamorous, many Hip-Hop artists contend that their socioeconomic struggles played a considerably smaller impact in the development of a new genre of music than most people believe. Rev Run, for example, says, "I was never brainwashed or hurt because I was black." It's not as if I've never had money. I've always been wealthy.” Many rappers explain that the rapping arose simply because it was good.

People are quick to dismiss a genre of music because they dislike it, but hip-hop deserves to be respected. Many of the aforementioned fallacies also apply to country and rock music. For some reason, though, that topic is rarely mentioned. If you think about it, every musical genre has its mythology. Is it appropriate to pass judgment on a musical genre you have not explored?

Hip-hop appears to be in greater demand than ever before. Every week, you can hear a new emcee that goes above expectations. The new Rap is political, divisive, and inspiring. There are many seasoned and nascent artists who come down to Mix Recording Studio. It is one of the professional music recording studios in Los Angeles. And popular amongst the rappers due to its affordable mixing and mastering services. So, hold your breath for the new rappers coming to you with new rap records which will wash out all your misconception about the jonere.